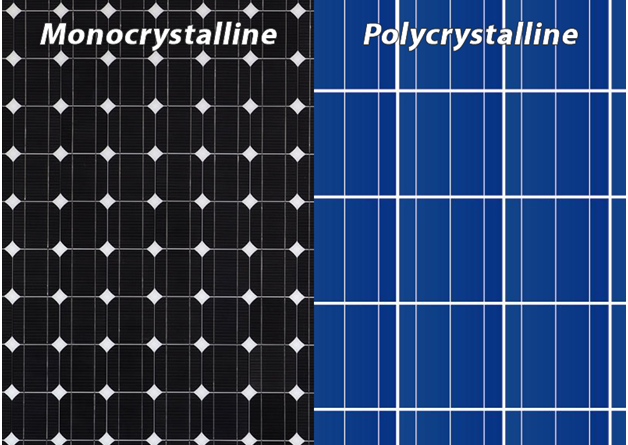 Solar cells are the building blocks of a solar panel. Solar cells are joined together to make one solar panel at peak power production. Front side of the module is covered by tempered & textured clear glass with low iron content resulting in efficient sunlight absorption. Back side is covered by an EVA potent sheet to provide maximum protection from the severest environmental conditions. High torsion and corrosion resistant anodised alum aluminum provides structural strength and ease of installation. The junction box of the module is located back side. The box is rated at IP65. In each module junction box, there are two terminals both –ve & +ve terminal. To minimise the loss in output when shading occurs a bypass diode which is connected to the terminal of the module. The aluminium frame of Module contains a hole in a suitable position for mounting.

Monocrystalline solar panels use single-crystal silicon. Because the cell is composed of a single crystal, the electrons that generate a flow of electricity have more room to move. As a result, monocrystalline panels are more efficient than their polycrystalline counterparts.

On an average, the Polycrystalline Modules give slightly better ROI when compared to Monocrystalline PV modules due to their comparatively lower costs and similar electricity generation.

Half-cell modules have solar cells that are cut in half, which improves the module’s performance and durability. Traditional 60- and 72-cell panels will have 120 and 144 half-cut cells, respectively. When solar cells are halved, their current is also halved, so resistive losses are lowered and the cells can produce a little more power. Smaller cells experience reduced mechanical stresses, so there is a decreased opportunity for cracking. Half-cell modules have higher output ratings and are more reliable than traditional panels.