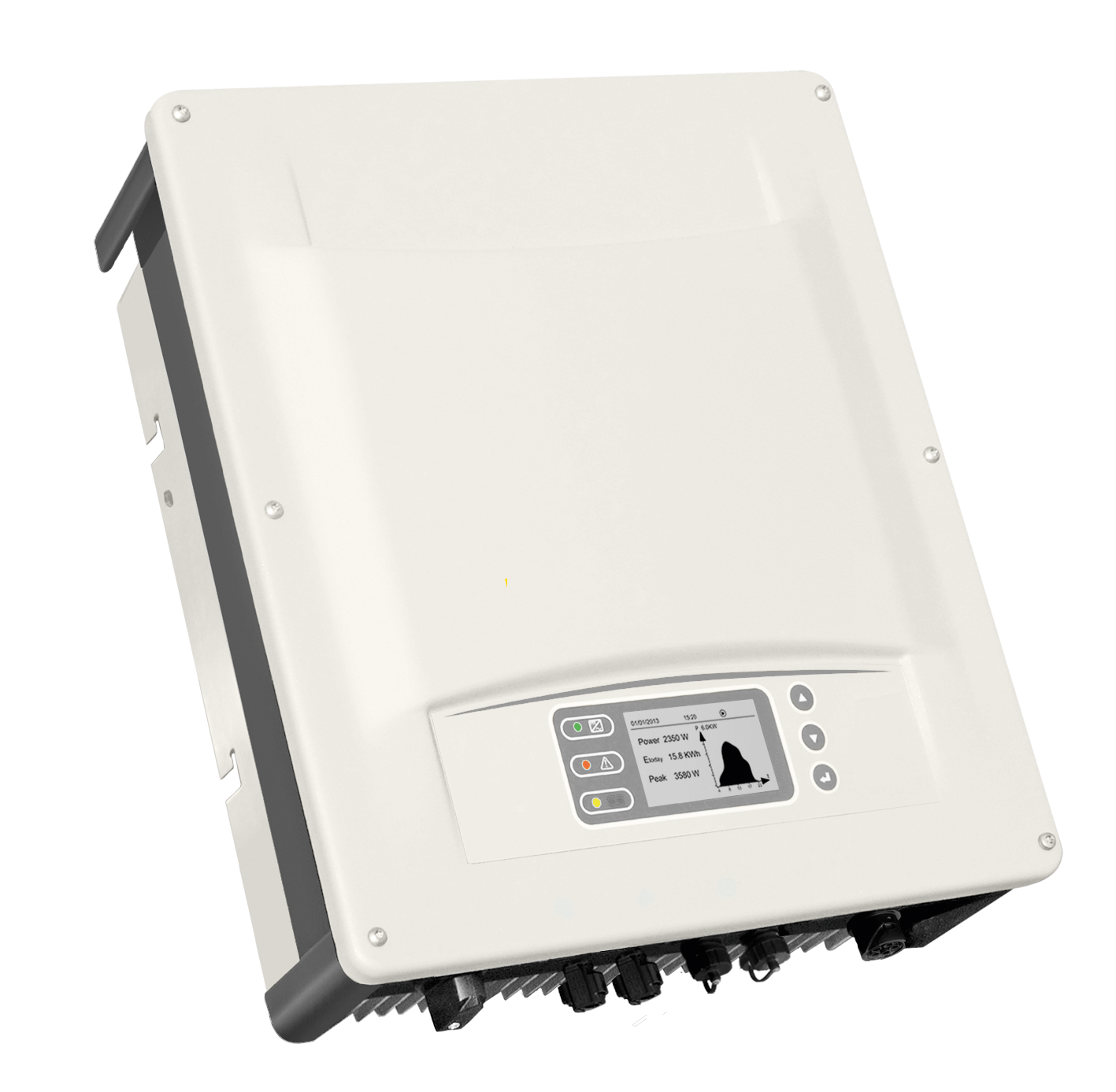 Solar Power inverter is the heart of any Solar Power plant. Solar power inverters have special functions adapted for use with photovoltaic arrays other than DC to AC power conversions, like maximum power point tracking, System monitoring and anti-islanding protection.

There are various types of inverters used in photovoltaic systems. Inverters are distinguished according to the inverter operation, voltage and current control scheme. In most cases due to some advantages in grid‐connected inverters, the current control scheme is applied. Advantages are higher power factor, better transient current suppression; short circuit current is limited to rated AC current. The Grid connected inverter range is state of the art equipment with robust control platform, high efficiency, high availability, low maintenance features built with quality components.

Stand alone inverters are used in isolated systems where the inverter draws its DC energy from batteries charged by photovoltaic arrays.

Hybrid inverters are designed to draw energy from a battery, manage the battery charge via an onboard charger, and export excess energy to the utility grid. This is a combination of both standalone and Grid-tie inverters and can be used for net metering purposes.